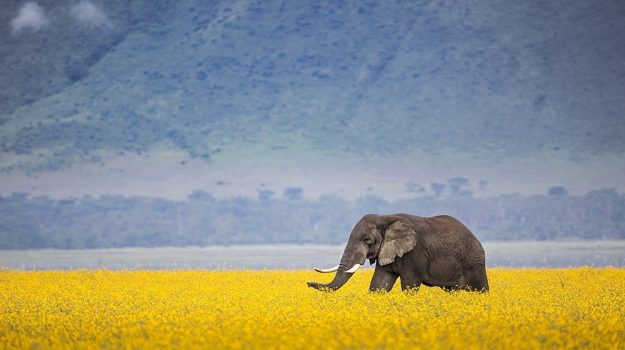 2016 was an amazing and very fruitful year for me. I had the chance to see new places around the world, revisit places I’ve already been to (and still can’t wait to visit again) and guide trips and workshops with many nature lovers and photographers in Israel and abroad. Here are some of the highlights I had in 2016:

Africa and especially Tanzania is one of my favorite places in the world. It is wild nature in its essence. Seeing huge amounts of wildebeest, elephants, zebras, lions, leopards, cheetahs and many other animals in enormous and wild expanses of Tanzania never cease to excite me. April is one of my favorite seasons in Tanzania – It is towards the end of the rainy season and you get to the see the reserves full of green growth and some with explosions of flowers. The sky is full of beautiful clouds and rain storms that create epic light and background for photography. 4 months after visiting Tanzania, I got back their again with a small group of nature lovers and photographers for a safari trip focused on the Mara river crossing. Towards July and August the huge wildebeest and zebra herds of the great migration arrive to the north part of the Serengeti and cross the Mara river to Kenya, following the rains and fresh grass. The crossing itself is an epic event – thousands of wildebeest and zebras cross the river. They fight for their lives and try to survive from being crushed by one another, from crocodiles who try to catch them and the danger of drowning in the river. In August the central parts of the Serengeti are mostly dry, the grass is usually low and it might be easier to spot predators. In September I got back to Iceland again, after my first visit in 2015. I guided a group and arrived a few days earlier so I had the chance to drive around, visit places I saw before and explore new and exciting locations for upcoming trips in 2017. I love Iceland, it is a place of amazingly diverse and epic landscapes and probably one of the best places in the world to see the northern lights. This year I was most excited about seeing and photographing new spots, in special light and weather conditions. Epic light between the peaks of Vatnajokull Glacier – Skaftafell I visited Costa Rica more than 10 years ago during a long trip in South and Central America so I was very excited to come back again this year for another visit. I have to say it blew me away. Again, I was guiding a group of nature lovers and photographers and it was pure fun. We visited beautiful rain forests, saw tons of Hummingbirds, frogs, Iguanas and even got the chance to see and photograph the rare Quetzales! Other than lots of beautiful jungles and wildlife the trip was full of exciting and fun activities like canopy, canyoning and rafting! I already have many scheduled and exciting plans for 2017!
I’ll be guiding several trips in the first half of 2017 – In February I’ll be in Tanzania for the calving season, In March in Iceland for snowy landscapes, Ice caves and northern lights and in April again in Tanzania. I’m really looking forward for it all 🙂