Have you ever thought of Israel as a place to shoot exciting landscapes? If not, you might be in for a fun surprise. Though Israel is a very small country (about a fifth the size of Iceland) it has a diverse range of geographical areas including deserts in the south, a long Mediterranean coast line, snowy mountains in the north, rich forests and rivers, and unique natural phenomenons like the Dead Sea. All this diversity is packed in a length of about 470km, which makes it very easy to get every where very quickly — even to the most remote areas. I’ve been photographing the landscapes of Israel since 2011, searching for the most unique and beautiful scenes, natural phenomenons, and the best weather and light. Here is a bit of what
I have had the chance to see.

Ramon crater is a unique landscape form (out of 5 craters in Israel) found no where else in the world (except Sinai desert in Egypt) - because it is a crater formed by erosion. It is also one of approximately 50 international night sky reserves and a great place for desert trips, landscape photography and night photography. During the summer you can see beautiful night sky and the milky way in this area. 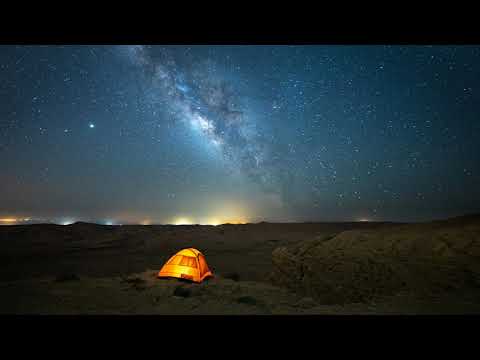 For this shot I had to carefully plan and know when the milky way is going to rise, where and when it will move in the sky, choose a night with no moon and find the right composition. I wanted to add some interest to the scene so I set up my tent right on the crate edge for the foreground. To get as much details as I can for the milky way and foreground I used a 14mm lens, ISO 3200, F/1.8 and 30 seconds exposure. As you can see above I made a time lapse video during that night.

The Dead Sea is definitely one of the most exciting places I ever photographed worldwide. It is the lowest place on Earth, and one of the saltiest bodies of water in the world. The sea is constantly drying, leaving some of the beaches around it covered with amazing salt formations. How I Got The Shot (right image)

It is quite rare to see the Dead Sea with clouds, so that morning I didn’t miss my chance. The sun was right behind me so the light on the beach and the sky was perfectly even, so I had no exposure difficulties. I used my EF 17-40 F/4L at 17mm to capture a wide view of the water, salt crystals, the mountains at the back, and the sky. I composed at a height of about 40cm from the ground to make the salt textures near me stand out. The key element in the composition of this frame was the line separating the water and the beach. It is the main leading line in the photo and I composed it from the bottom left corner to lead the eye inside the frame to the middle right part and then back to the left towards the mountains.

Deep in the south desert, Mount Zin is a beautifully carved table mountain. The mountain stands next to a unique natural phenomenon called “The Bulbus field". The Bulbus are round shaped rocks of calcite deposits wrapped around fossils, eroded by time. How I Got The Shot (left image).

Night shots usually take your gear and exposure parameters to extremes due to the lack of light, and so it was with this shot. I used high ISO (2500), the widest aperture I had with my Samyang 14mm F/2.8, and a shutter of 45 seconds to get the necessary light for the photo. Another thing I took into consideration for this shot was the moon. A full moon helps illuminate the ground, but makes the stars less bright against the sky. With no moon, the stars are very bright but there’s no light on the ground at all. I came to the location at a night with about 40% moonlight, which gave me soft light for the ground and didn’t make the sky too bright for the stars to still stand out. Shooting at night with wide aperture sometimes causes Depth of Field (DOF) problems, so I always check the hyper focal distance before I shoot. I composed the photo with the most attractive elements in this place that make it so special. I used the Bulbus rocks to make the foreground interesting and the mountain and stars at the back for the background.

This is probably the most interesting and scenery rich coast line in Israel. It stretches for about 5km and is full of rocky bays, lagoons, small pools and intertidal reefs. How I Got The Shot (right image)

The right shot was one of the hardest technical shots I took. It is composed of 4 horizontal frames at 17mm stitched to a vertical frame, and there is also exposure difference between the shots and focus stacking. I wanted to capture and emphasize the rock with the small pools in the foreground, and also capture the rock pillar a few meters ahead against the beautiful sky. Capturing the whole scene with one horizontal shot wasn’t possible because I wanted to be very close to the little pools in the foreground and I couldn’t get enough sky. A vertical shot wasn’t possible as well because the little pools wouldn’t fit in. So I took 4 horizontal shots of the whole frame and stitched them. For the bottom frame, I took a long exposure of 60 seconds (using a 5 stop Hoya ND filter) because I wanted to flatten the water and make it smooth to make the rock with the pools stand out. For the frames of the sky I took a shorter exposure of 1.6 seconds (without the ND filter) to get the clouds standing still without movement.

At one of the most remote desert areas is south Israel, the Red Canyon is a hidden gem. The short trek in the canyon unveils beautifully carved bends and curves of sand stone formations. Metal oxides inside the sandstone and the difference in reflected light on the rocks create fantastic colors on the canyon walls. The main thing I was looking for in the Canyon was strong compositional elements like eye-leading curves, small changes in light, reflected light on the sides that creates different colors (due to changes in the light temperature) and attractive textures in the rock. This shot combined them all.The main element was the lines coming from the corners of the photo that lead the eye towards the middle of the frame, which is also a bit brighter. There was no direct light in the canyon when I took the shot, so the light was very soft and the exposure was well-balanced. There was no need for exposure bracketing or HDR to overcome high dynamic range like in cases where you have strong direct sunlight in parts of the frame and weaker reflected light in other parts.I had to raise my ISO a little because I shot handheld and needed sufficient shutter speed. I also used a pretty wide aperture (F/5.6) to get enough light. I had no DOF problems because I checked the hyper focal distance and made sure most of the frame was distant enough.

right below the famous Masada mountain in the Dead Sea area, there is a beautiful area of badlands which formed rock formations and small canyons. It is a beautiful place to hike during full moon due to the bright color of the rocks, and also a great place for landscape and night photography. The north of Israel is filled with forests, river streams and natural springs. Kziv River is one of the best among them. It runs though a forest that feels medieval, shading over the stream with gentle light patches penetrating through its canopy. Approaching this calm and beautiful pond in the river, I knew I wanted to do a long exposure so I could capture the feeling of moving water in the little falls and flatten the water near the camera to see the textures and rocks clearly underneath it.After going knee-deep in the water, I set the camera on my tripod and composed. I had to use my 5 stop ND filter (in addition to using low ISO and narrow aperture) to reduce the light entering the camera so I could get a long enough exposure. The trees in the back were significantly brighter than the pond so I used a 3 stop graduated ND filter to balance the exposure.

Located at the southern most part of the country, Timna Park is a place of geological phenomenons. The park is filled with unique desert landscapes and is most famous for its mushroom shaped rock, which looks perfect under the starry night sky. How I got the Shot

This night shot required similar exposure parameters as the shot I took in Mount Zin above, but this time there was no moon light at all, which usually makes ground elements totally dark. In order to illuminate the mushroom rock and the rock arch I had to use a head lamp. I painted the rock with a CTO gel on the head lamp — which gives it a warmer color — and shot with WB of about 2800K, resulting with bluish sky and neutral color for the rock. To get a 3-dimensional feeling for the rock, I mostly painted it from the sides and less from the middle to create shadows in its shape.

Nizana is one of the last places in Israel where you can still find large sand dunes, and just next to the dunes you can find one of the most beautiful and special geological rock formations made of chalk. The area is pretty remote so you
can see great, clean night sky and stars. How I Got the Shot (right image)

Dunes have beautiful textures of waves due to the drifting sands. I wanted to capture the textures of this large dune with the warm, soft light of the sunset that day. I went up to the top of the dune and composed with 17mm focal length to get a wide angle of view and a deep perspective. To emphasize the sand textures I set the camera pretty close to the sand (about 50cm) and I also composed the dune’s edge to come out from the bottom left corner into the center of the frame towards the sunset to create good movement inside the frame.Shooting against the sun usually creates exposure problems, resulting in over exposed sky or under exposed foreground. I usually solve this problem by using a graduated ND filter — this time I used a 3 stop Singh-Ray reverse graduated ND to balance the exposure.

Shooting landscapes in Israel has become a sort of a quest for me. Being a landscape photographer means exploring, finding and shooting exciting and unique landscapes. Many times it also means going abroad to find such landscapes like the Sand dunes in Namibia, the famous national parks in the USA, beautiful tropical beaches and enchanting jungle forests.Since it isn’t very cheap going abroad all the time, I decided to deeply explore the unique landscapes of my own small country and was amazed by the diversity it has to offer. I believe the quest has just begun, and I continue to explore my home area and other exciting landscape abroad. I believe and hope that showing the beauty of nature around the world helps raise awareness to the environment and the conservation of nature, so we can continue to enjoy it.