Photographing the northern lights! one of the holy grails of almost any landscape photographer. During my expeditions I've had the privilege to see and photograph this exceptional phenomena quite a few times. It is without a doubt an amazing experience which you will never forget. In this article I'll explain a few important things you should know in order to do it the best way possible. 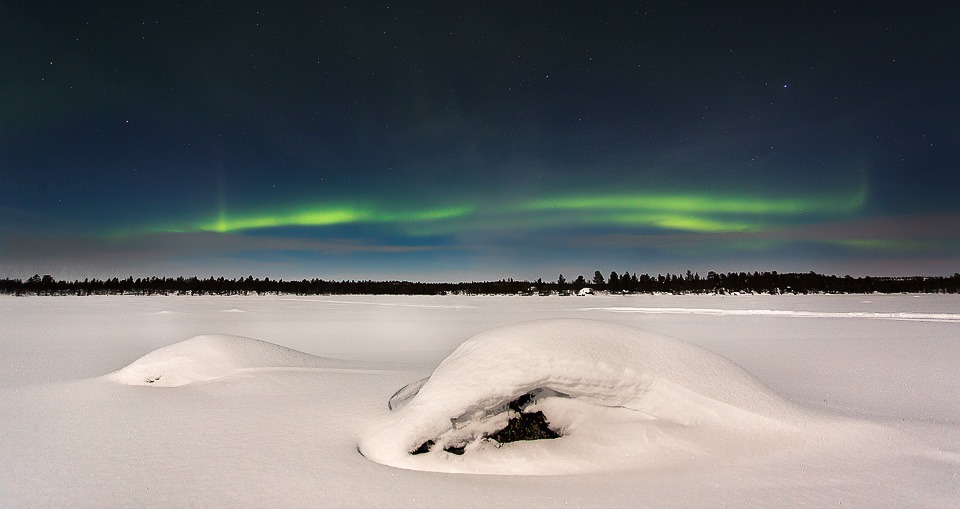 How, Where and when?

As a nature photographer, it is first most important to know and understand the subject you want to photograph. Knowing where, when and how to see the northern lights is crucial before even thinking about taking a photo.

HOW - the northern lights is phenomena that happens when charged particles coming from the sun (also called "solar winds") hit and react with gas in Earth's atmosphere. The reaction causes light emission and that is what we see as northern lights.

WHERE - most of the charged particles coming from the sun never get close to the Earth's atmosphere because Earth's magnetic field deflects them. But because of the way the magnetic field works, the are 2 holes or "rings" surrounding the north and south poles where these charged particles can sometimes penetrate and reach our atmosphere. In the south part of earth (YES there is also southern lights! also called Aurora Australis) it is mostly above Antarctica (which is kindda hard to get for most of us, especially during winter when southern lights are visible). The north part of earth where you can see the northern lights is a lot more accessible. Imagine a ring the goes above Scandinavia (north Norway, Finland), northern Russia, Alaska, Northern Canada, Greenland and Iceland. 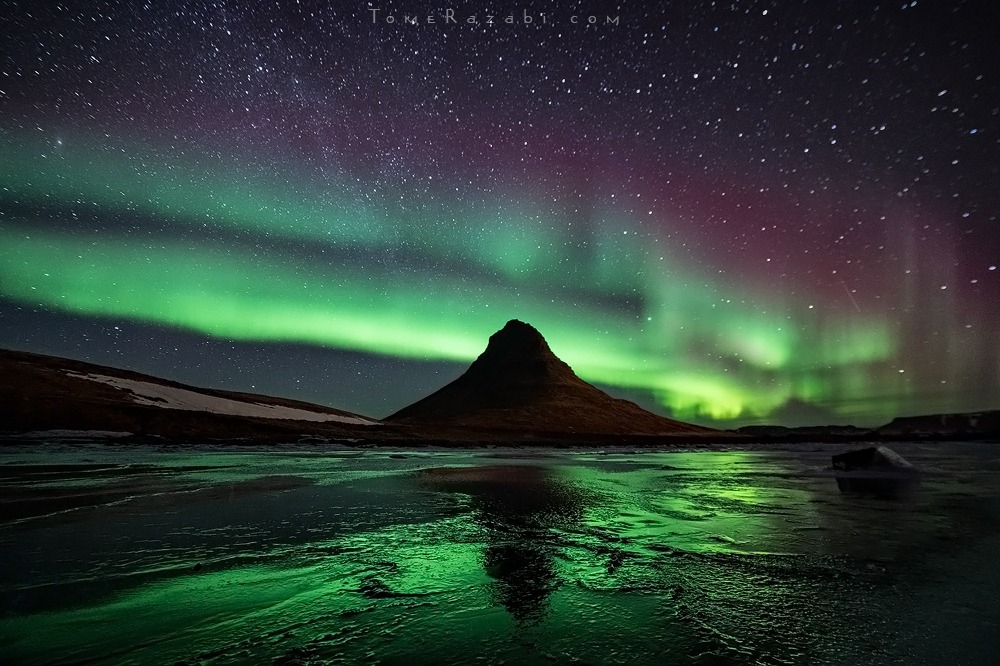 WHEN - To see the northern lights several things have to happen.
1. Solar wind activity from the sun: this is the initial condition the creates the phenomena. Solar winds activity can happen year round and isn't very predictable. You can think about just like climate and weather. So just like weather, you can find websites and apps the give aurora predictions, usually 2-3 days ahead. It can be a good indication, but don't let it rule you. I've had nights with low aurora predictions and saw great green lights in the sky, and vise versa. If you're out there - give it a try!
2. Dark sky: The northern lights are only visible if it is dark enough. That usually means that in the height of summer (a bit before and bit after) it is almost impossible to see the northern lights because it isn't dark enough in northern countries where day light is almost 24 hours a day. You need to get there from the end of summer, through the fall, winter, spring and until the beginning of summer again.
3. Clear Sky: You can have strong solar activity and darkness, but if the sky is all cloudy you won't have a chance to see it because northern lights occur high up in the atmosphere above the clouds.

WRAP UP - visit places like Iceland, North Canada, North Norway (Not in the height of summer), get updates from Aurora prediction websites and apps when you're there, wait for the dark and hope for clear sky! One more important thing - get well dressed, it might get cold 🙂 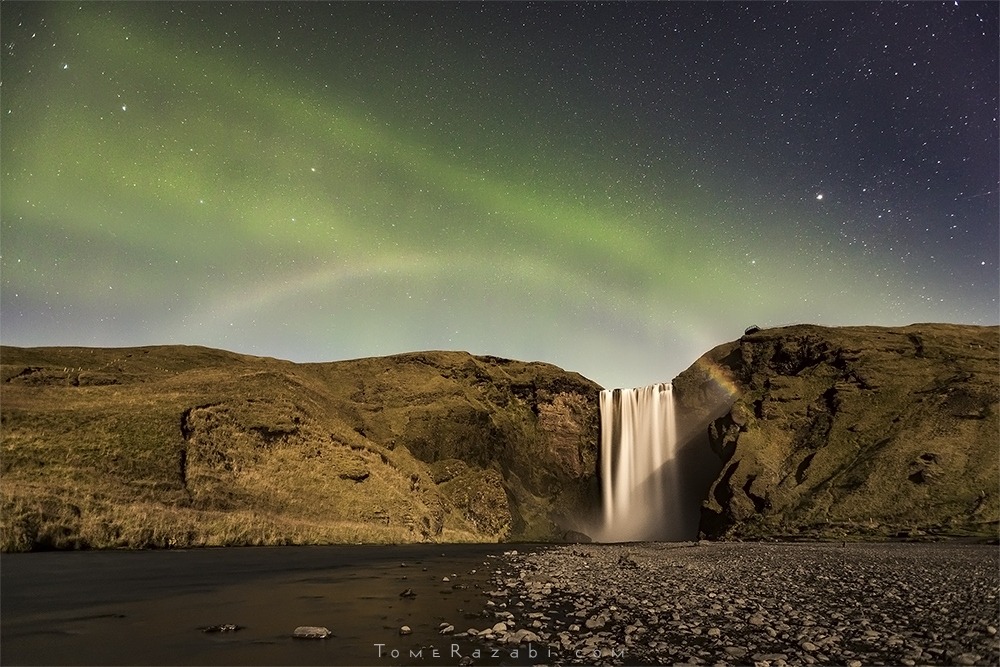 The first thing that determines the recommended gear is the fact that northern lights have relatively low ambient light. That makes photographing the northern lights quite similar to Astrophotography or night photography. That means we would generally want to use gear that allows us to get more light.

Since it is almost strictly obligatory to use long shutter speed, you need a good and sturdy tripod to place your camera. If it is big, small, heavy, high, cheap or expensive and etc is your choice. As long as it holds the camera steady, you're ready. 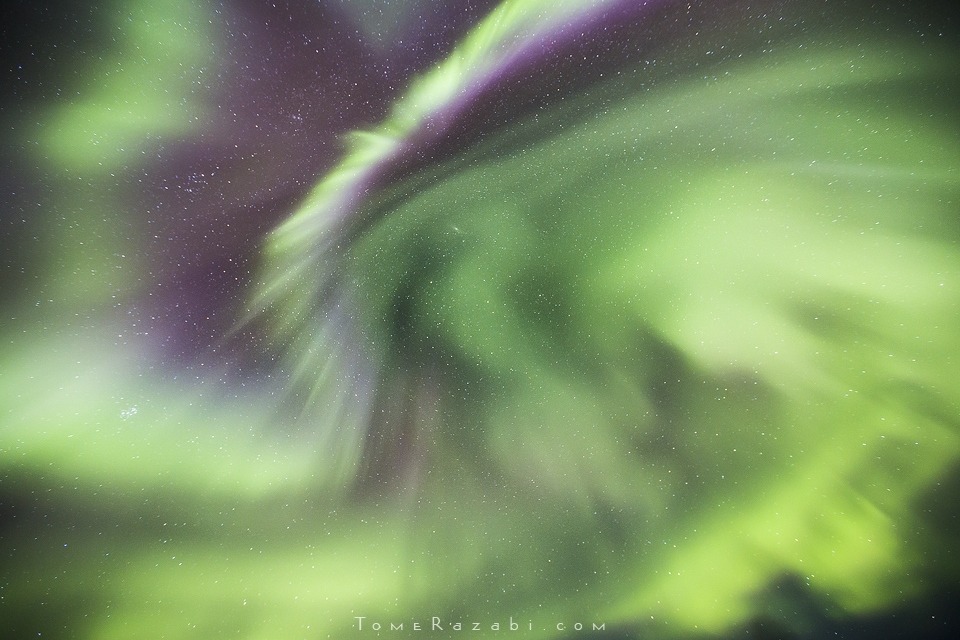 I guess you're already thinking about the general idea of what is necessary according to what you already read - we need light! That brings us to ISO, Aperture and shutter speed needed. In general, when the northern lights are faint, you'll need as much possible. As it gets stronger, you might be able to decrease some of the exposure parameters.

Most of the time you will need high ISO, somewhere between 800 to 6400, depending on the ISO performance of your camera. I recommend you to test your camera and see what is the highest ISO you can use and still get a tolerable amount of noise. In most crop sensor cameras the limit is usually 1600 ISO. In full cameras you go up to to 3200-6400.

If you need more light, use the widest aperture you can. F/2.8 or wider is very good. It can cause depth of field problems if you also want to include a foreground (very recommended!) which is quite close. That usually requires mastering depth of field issues and mostly hyper focal distance. It might be a bit complicated to understand, but very useful. If you want to know more about, see my article about night photography.

Below are 2 photos with different exposure settings and why: 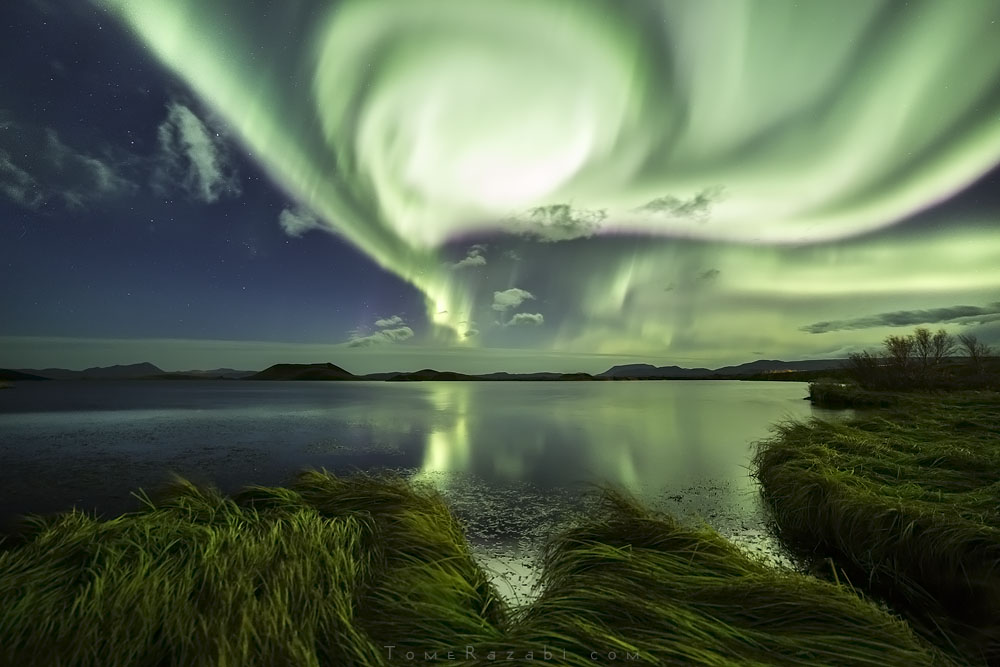 In the photo above I photographed the northen lights over lake Myvatn in Iceland. It was the strongest northern lights show I've even seen! it was a KP 5-6 magnetic storm and the show went on for hours all over the sky with amazing shapes and different colors. It was so strong that I only needed to relatively mild exposure settings to get a good exposure of the scene. The ISO was 1250, aperture F/2.8 and only 6 seconds shutter speed. More than that I parts of the sky would get over exposed. 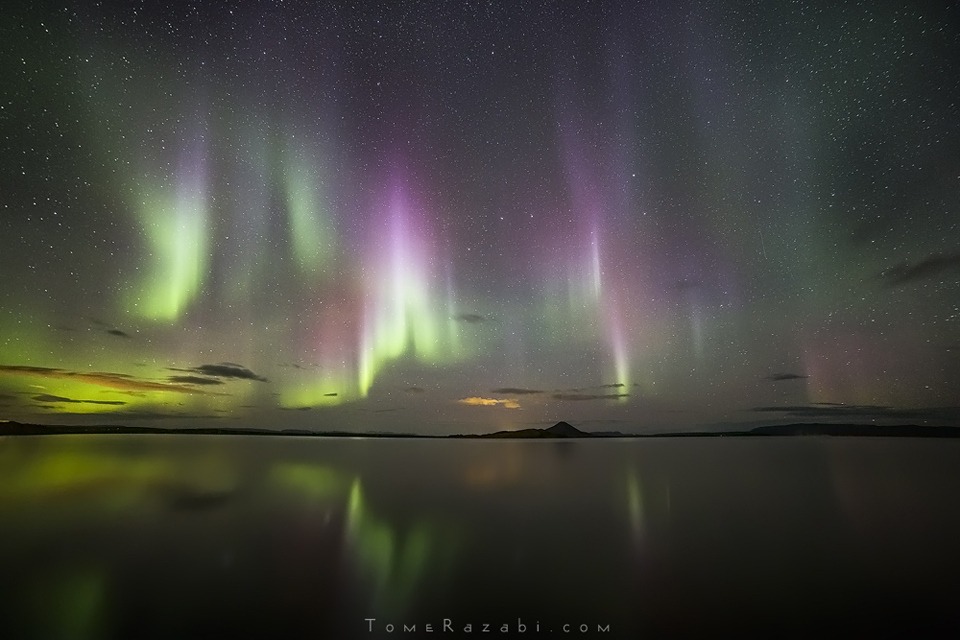 In the photo above from the same night, there were beautiful lights and colors, but not as strong as the above photo. So here I need more exposure to get the lights well so I used ISO 3200, F/2.8 and 25 seconds shutter speed.

If you're aiming to take picture of the northern lights and also include a foreground in the photo you'll need to focus according the hyper focal length (again - see my article about night photography). After focusing right, you can move your lens to manual focus and enjoy, there is no need to focus again and again in the same spot. If you move to another spot it is recommended to focus again to make sure everything is in order.

When you photograph the northern lights you might be static for quite a while and it is usually cold, so it is very recommended to dress well so you can stay longer in the field, concentrate and enjoy instead of freezing 🙂 Good company, hot drinks, beer and snack are also great!

As photographers, especially when photographing amazing natural events like northern lights, we sometimes tend to forget the experience. I always recommend to remember to dedicate some time just enjoying the view and experience nature, not only through the lens! 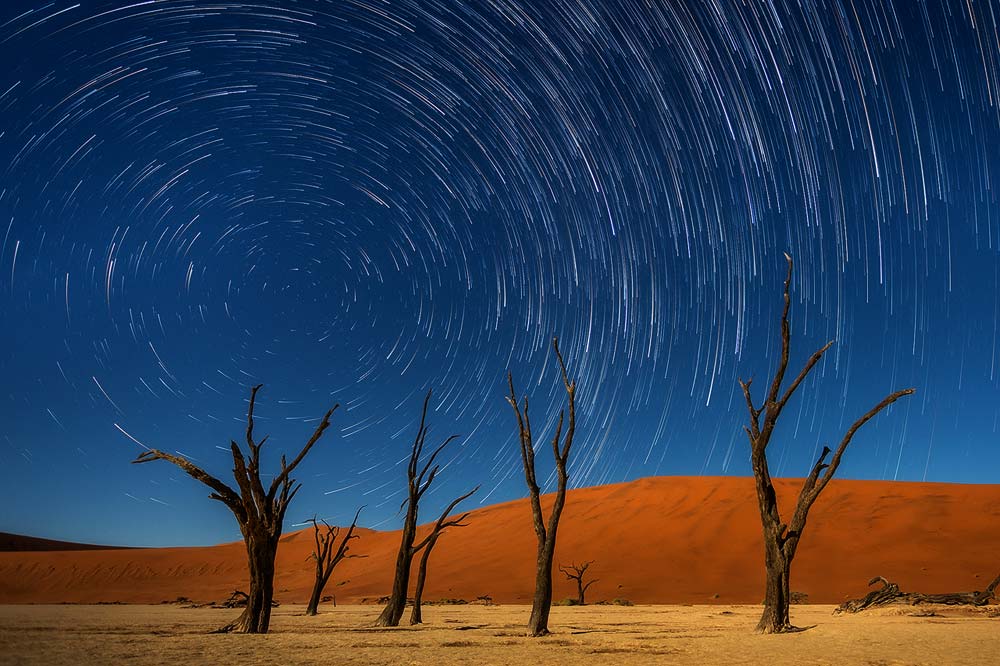 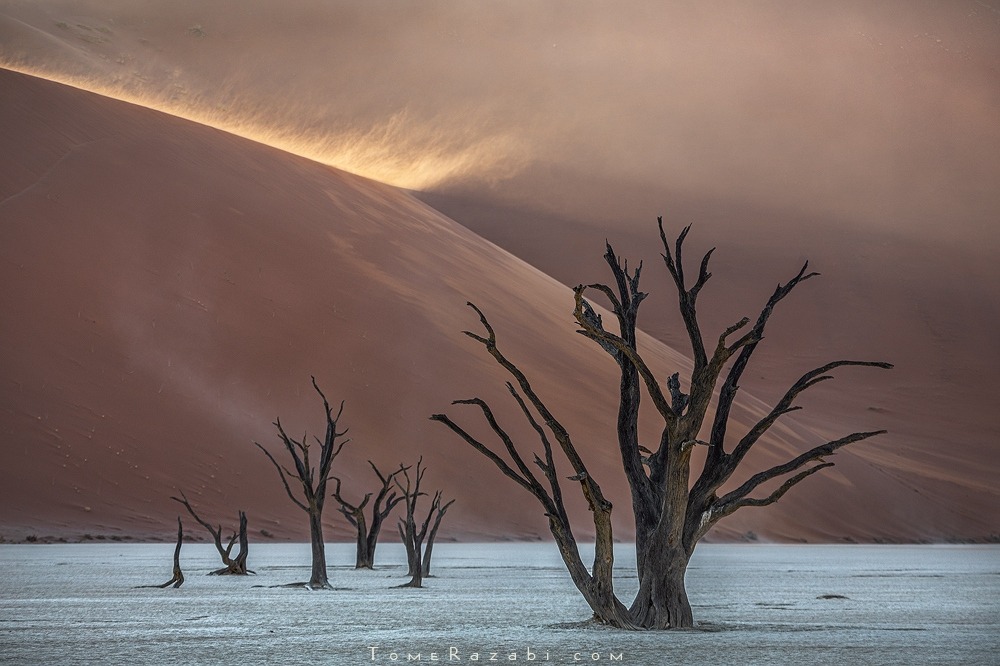