Tanzania is one of the best places in the world to see wildlife and experience an unforgettable safari trip. The parks in Tanzania hold one of the largest and most varied quantities of wildlife on our planet. In Tanzania you will also be able to see one of the most famous and exciting natural phenomenons in the world - the great migration! If you love wildlife and especially if you love wildlife photography, it is probably one of the best places in the world to visit and do a safari trip. As in any nature trip or photography expedition, it is important to plan well and know where to go, when to go, the best parks, the pros and cons of each season and more! When to go - seasons in Tanzania

Before I go into details, i'll just say that in my opinion any time of the year is a good time to visit Tanzania and do safari. There are differences in the weather and wildlife you might be able to see, and it might be wise to plan according to more "special" events of the year, but I doubt you'll be disappointed at any season. More details about areas according to seasons are specified after this section.

Tanzania is very close to the equator and has tropical savanna climate. You won't find classic seasons like winter/spring/summer and fall, instead you'll find mostly dry and rainy seasons. Temperatures a quite similar most of the year with pleasant to hot day temperatures around 20-35 degrees, and night temperatures of 10-20 degrees. During the past few years, global warming has influenced the weather in Tanzania and the seasons are not quite stable like it used to be, so take in consideration the below seasons may shift.

Short wet season - is usually around November to December. This time of the year is after the long dry season, making it very important for the initial growth of grass and plants which feeds the herbivores.

Short dry season - is usually around January to the end of February. This is one of the high tourism seasons because it is usually also the calving season of the wildebeest. Most areas will still be quite dry, but grass and plants start their growth and some areas are green.

Long wet season - is usually around March to May. It is the time when most of the rain arrives and makes the grass and plants really come to life. The scenery is absolutely beautiful with clouded skies, rain storms, green vegetation and flowers. It is also a low tourism season so prices are lower. 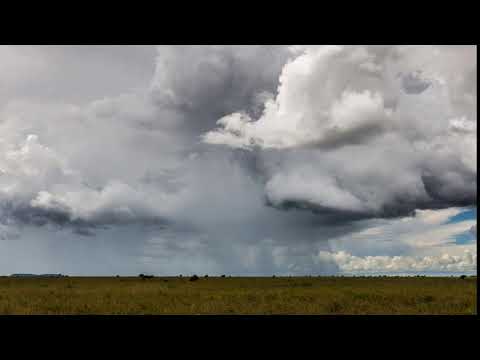 Long dry season - is usually around June to October. During these months the parks get drier and drier, the savanna turns from green to brown/yellow and wildlife depend on water holes or permanent water sources. It is a high tourism season because of the famous Grumeti and Mara river crossing, and also becuase many people have vacation during this time of the year.

Where to go - parks and reserves

There are quite a few national parks, game reserves and conservation areas in Tanzania. Some are very famous and for a good a reason, some are less known, some are better in a specific season and some are great all year round.

The most famous park in Tanzania, maybe even in the world when it comes to wildlife viewing and for a good reason. With an area of almost 15,000 square kilometers, it is one of the largest parks in Tanzania. The Central part of the Serengeti is one of the parks that are great for wildlife viewing all year round due to permanent springs and water sources located in the Seronera area. The Serengeti area is also where most of the wildebeest great migration occurs. The path of the great migration, which consists of approximately 1.5-2 million animals (mostly wildebeest and Zebra)  is generally consistent every year, with changes that depend on the rains and fresh grass. During January to March the great migration is usually found in southern Serengeti, around lake Ndutu bordering the Ngorongoro conservation area. In this period the wildebeest calving season occurs during a few weeks. It is probably the best time to see big cats like lions, cheetahs and other predators taking advantage and hunting the new born calves. From March to May the migration moves north towards central Serengeti and Seronera area. It is the peak of the rainy season so the grass is pretty green and high, you will probably also see flowers and sky filled with beautiful clouds which upgrades the scenery. It is harder to spot animals and predators in high grass, but it is very unique to see the Serengeti so alive during this season. You might also be able to see the classic view of huge herds of the migration in the open plains. 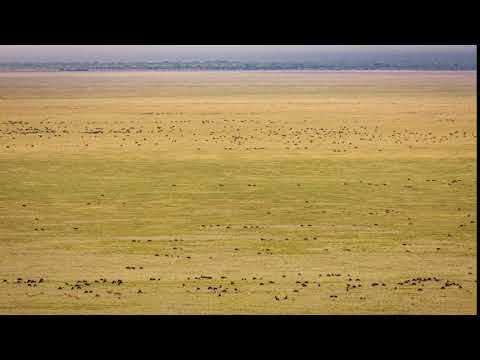 From May to September the migration continues towards the western corridor of the Serengeti and cross the Grumeti River. Towards July till September they continue to the north part of the Serengeti where it borders the Masai Mara in Kenya and cross the Mara river back and forth following fresh grass. The Mara river crossing is probably the most famous period of the migration, it is also the high season for tourism and the peak of the dry season. From October to December the great migration goes all the way from northern Serengeti back to the south part and the migration cycle starts all over again. There aren't special events during this period, but Central Serengeti will still be great place to see wildlife.

Ngorongoro crater is a place I recommend any time of the year. It is located south east to the Serengeti and it is always a great place to see wildlife. It used to be an active volcano, but around 3 million years ago it collapsed or erupted and slowly became a haven for animals. With an area of approximately 270 square kilometers it is quite small, but due to it's high altitude rains are more frequent and the crater floor provides vegetation all year round and is teeming with wildlife! You'll be able to see most of the herbivore species including elephants, zebra, wildebeest, hippos, antelopes and also predators like lions, hyenas, cheetah, jackals and maybe even a leopard. It is also the place with your best chance to see rhinos! Lake Ndutu is a small divided between 2 parks - it's northern part belongs to Serengeti national park and it's southern part to Ngorongoro conservation area. The area becomes very attractive between January to April when the great migration passes through the region. In this time period (it can vary depending on the rains) there are several weeks (2-3 weeks) which are the height of the calving season. This is probably the best time and your best chance to witness pursuits, hunting and the game of life between hunters and hunted. Manyara national park has quite a large area, but the area in which you can do safari is not very extensive so it is more suitable for half day safaris. The park entrance trails lie beneath a thick and lush rain forest. It is a unique forest because it is not fed by rain like a regular rain forest. The water of this forest are underground water that originate for the highlands of Ngorongoro, feeding the forest from underground. The forest is abundant with birds, baboons, elephants and giraffes. The outer part of the park is a flat area which borders lake Manyara and can be flooded or dry according to the season. The Park is also famous for tree climbing lions, but they are quite hard to spot! I've been there many times and saw lions only once, but it was a magical sight of two male lions inside the rain forest. Tarangire is quite close to lake Manyara, just east of it. It is also quite large and has varied areas like woodlands, swamps, hills and the tarangire river of course. It is the only place in the area where you will be able to see Baobab trees! The baobab trees are quite unique on their own, but they also attract large herds of elephants during the dry season because the the baobab trunk holds water. Both located in southern Tanzania and less known comparing to other parks of the northern safari circuit. Safaris to this area usually leave from Dar a Salam (instead of Arusha for the northern circuit). The time for safari in this area is during June to July in the height of the dry season, otherwise the area is wet, muddy and very hard to negotiate. Because the area is less popular and receives less tourist, the animals are more suspicious, hard to get close to and sometimes aggressive. It might be less easy, but it is a lot more wild.

Like any where else in the world you want to travel, it is important to know when and where to go, especially if you're unfamiliar with the weather and wildlife. If you plan to do a safari trip in Tanzania I am sure it will be an experience you will never forget (and probably do again). Be sure to do your homework well and enjoy!